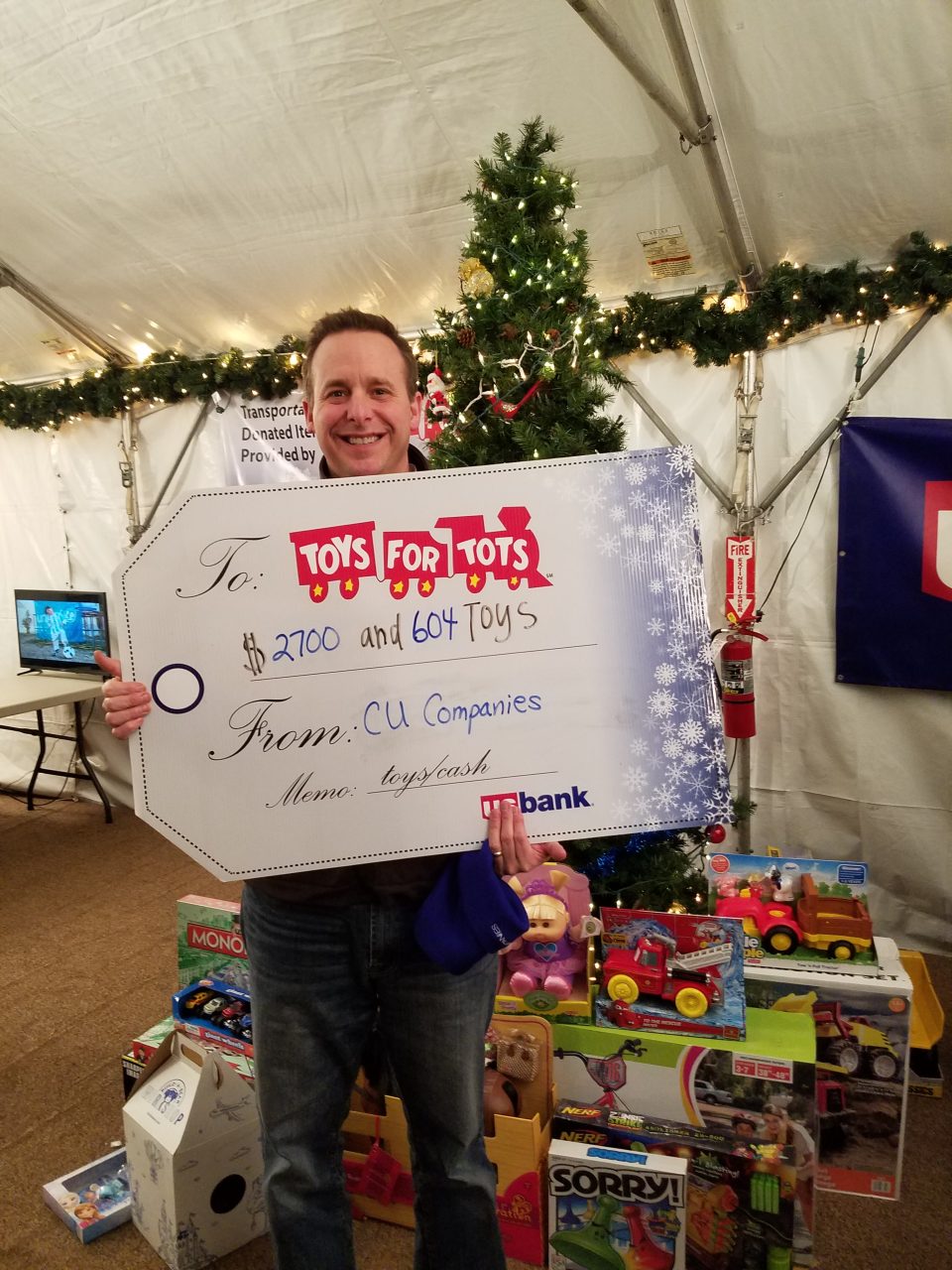 CU Companies was featured on KARE 11 with a group of other Twin Cities organizations who conducted drives in support for Toys for Tots, a program of the Marine Toys for Tots Foundation. (See the coverage here.)

CU Companies and three of its participating owners – Unity One Credit Union, North Memorial Credit Union, and Toro Employees Credit Union, all based in the Twin Cities – donated 604 toys and $2,700 for Toys for Tots this year.

As of Dec. 13, Toys for Tots was already significantly ahead of 2015 for donations, said Gunnery Sergeant Evans, a Marine managing the drive. With the contributions of CU Companies, its owners, and other companies, Minneapolis Toys for Tots is on its way to making 2016 a banner year.

CU Companies has participated in Toys for Tots for 16 years. The organization served this year as an official drop site for the campaign and has for many years.

Toys for Tots began in 1947, when Major Bill Hendricks and a group of Marine Reservists in Los Angeles collected and distributed 5,000 toys to needy children.

The idea came from Hendricks’ wife, Diane. In the fall of 1947, Diane crafted a homemade doll and asked Bill to deliver the doll to an organization, which would give it to a child in need at Christmas. When Bill determined that no agency existed, Diane told Bill that he should start one. He did so and began the program that, in 2015, distributed over 239,101 toys, books, and stocking stuffers to over 138,977 children. More than 97 percent of monetary donations is used to buy toys for children.

“Toys for Tots has become an annual tradition for CU Companies and its owners,” said CU Companies CEO Brad Crandall. “It’s truly a pleasure to participate in such a wonderful program.”

The Marine Corps will continue taking donations until December 21. Visit www.minneapolis-mn.toysfortots.org to find a drop off location.

Published by The Servion Group
Relevant Post:
Unfortunately, Our Lending Conference Will Not Take Place This Year

Relevant Post:
The Servion Group Recognized as a 2021 Top 175 Workplace