Imagine you are at an auction, and an antique lamp you love is about to come on the block. When you viewed the auction items earlier, you placed a value of $100 on the lamp. It is late in the auction, you have planned your bidding carefully, and you have exactly $100 in cash left in your pocket.

When the bidding reaches $90, you and one other bidder are still in the game. So, what is the likely outcome? If the bidding goes to $100, you will either get the lamp or you will drop out of the game. In this case, the amount of cash you have left equals the value you assigned to the lamp, and effectively limits the amount you can pay. Assuming you are alone, and cannot borrow some money from a friend, what you are willing and able to pay is controlled by how much money you have in your pocket. In this example, we might say that "price equals value."

Let's now modify the scenario slightly, and see how the outcome might change. Instead of it being late in the auction, this is one of the early items to go on the block, and it will be the first item on which you will bid. You have $500 in your pocket, the total amount you have allotted for the entire auction. The bidding has reached $90. What should you do? What are you likely to do?

Since you originally placed a value of $100 on the lamp, you should be prepared to drop out if a $100 bid does not secure the lamp for you. However, unlike the first scenario, in which you only had $100 left, you have a full pocket. Depending on how much you covet the lamp, it is possible that you would exceed your initial limit and continue bidding, particularly if you thought that a bid slightly over $100 might be successful. What's the big deal about going over a little? After all, you may not even be successful on some other items of interest.

Although in this case it's probably not a "big deal," you have expanded your definition of value. What was originally a $100 value has been expanded to perhaps a $110 value. Notice how easy it is to lose one's sense of value and have something that you want become something that you feel you need.

Okay, now let's change the scene once more. This time, in addition to cash, the auction house will accept payment by credit card. What can happen to your sense of value when your buying power has been increased?

It appears that people may be less quality conscious in their buying behavior, may not negotiate as skillfully, and may pay more when buying by credit card than when making an identical purchase by cash. If the bidding were to surpass $100, it is quite likely that you would be willing to pay far more than your original assessment of what the lamp was worth.

This possibility suggests that "hard money" and "plastic money" carry different meanings. Hard money (i.e., actual dollars in your pocket or checking account) tends to be perceived as finite-when you run out of dollars, you've exhausted your buying power, until you obtain more dollars. On the other hand, credit cards can expand your buying power up to the credit limit of the account.

The alluring aspect of being able to buy on credit can become transformed into an expanded sense of value. In the process, it is easy to lose track of the relationship between price and value, and to pay more than we know an object is worth. It is this changed sense of value, which is perhaps the most ominous aspect of credit card purchases. We simply lose our sense of what a good deal is all about and we become less smart about our shopping.

Buying on credit can be a great convenience, and can make sense when we are temporarily short of cash. However, when buying on credit becomes our standard way of doing business, it can have some highly undesirable consequences. One way to guard against credit card abuse is to ask yourself two questions when making a credit card purchase: First, would you still purchase the item if you were paying cash? Second, would you pay the same price if paying by cash?

By keeping the focus on value, you can better distinguish between things you would like to get and things you absolutely must have. Making this distinction can help you avoid the major pitfalls of buying on credit-overpaying on individual items and spending beyond your means.

Published by
Relevant Post:
How PMI and Credit Scores Are Linked 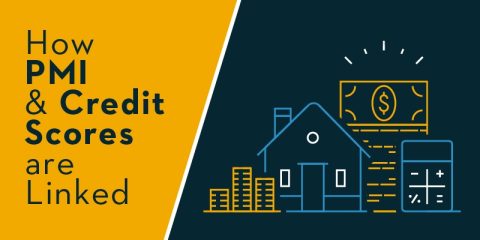