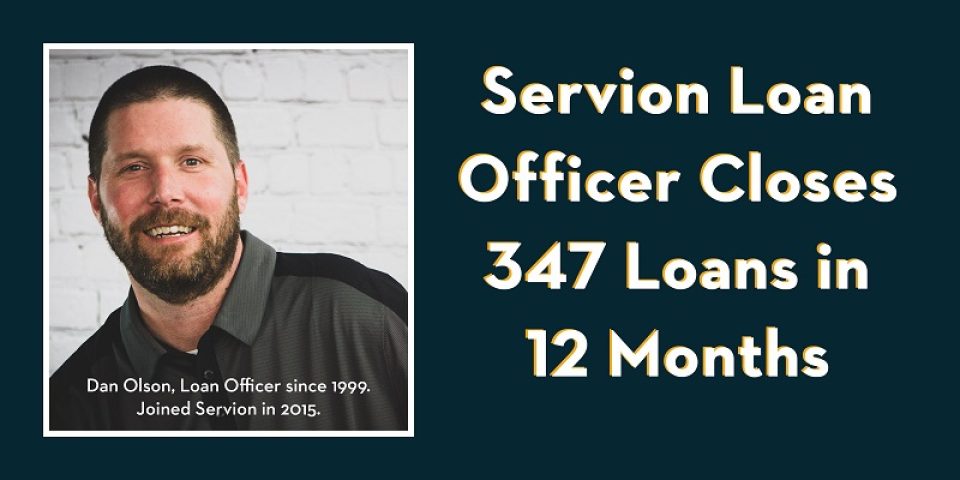 We all know what the last couple of years have been like for the mortgage business. Busy doesn’t even begin to describe it. Earlier this year the pace really became frenetic as COVID-19 set in and interest rates were slashed to record lows.

But just how crazy has the pace been? To find out, we spoke with Dan Olson, one of Servion’s loan officers

Before we talk about this year, first tell us what a normal year is like for you.

Well, Servion runs on a fiscal year that starts on September 1. Septembers are usually pretty busy with spillover from the summer, and then things slow down in the fall. For example, I might close 18 or 19 loans in a normal September. The usual October or November might be in the low teens, so there’s a drop off there.

Ok, let’s talk about the most recent fiscal year, starting in September 2019.

Right away, there was more volume than normal. It’s hard to remember, but rates were low even before COVID. I ended up closing 29 loans in September 2019, which is 10 more than the previous year. Doing 10 more loans in a month is a big increase.
Then, the fall dropoff didn’t really hit like usual. Things slowed down a bit, but there was higher volume than usual all the through the winter.

Winter is when COVID started spreading, back in February. What was it like for loan officers around that time?

We started getting really busy with purchases in February. Rates were low but not as low they were about to get, so the refinances hadn’t exploded. I was getting a lot of purchase business flowing in in February, which meant March was going to be really busy with closings.

So March is when things really took off for mortgages. How did it impact you and the team?

If you remember, March is when rates really got drastically cut. That’s when the refis started coming in. There was a flood of refis when we were still handling all the purchases from February.

At Servion we always pride ourselves on calling within four hours of receiving an application from a partner. We didn’t always get there, but that’s the goal. In March though, we were lucky if we could make that initial call within 24-48 hours. We were just swamped.

Now, in the middle of all this, we had to transition the entire company to working from home as the first stay-at-home orders went into effect in Minnesota. That means we were dealing with incredible volume plus getting everyone set up so they could work effectively at home. At the same time, people’s kids were sent home to do online learning, there were all kinds of health worries ꟷ the whole experience was obviously brand new. It was difficult at times, but everyone adjusted and got rolling again pretty quickly.

Talk about March and April.

It was probably the busiest time of my career. I was working 75 hours a week for a while, and the underwriters, processors and everyone else was working all hours of the night, too.

One of my goals when I started at Servion was to fund 30 loans (combination of purchases and refis) in a month. I had reached that goal three times during my tenure.  But April just blew that away. I ended up funding 60 loans in April. Of course, most of the apps for those loans came in during March. So that March-April period was kind of off the charts.

By the end of Servion’s fiscal year, in August, you had closed 347 loans. That’s makes you a top performer in the country for an LO with your type of role and duties.

That’s great to hear. It’s been kind of blur, honestly. The volume stayed heavy all summer. And you have to remember, our other loan officers were extremely busy too, which meant the rest of the team down the line was getting tons of work, not just from me, but from all the LOs.

I have to give a lot of credit to the other departments. The setup team, locks, processors, underwriters, closing and title – everyone has been fantastic. I know I sometimes text our lock desk manager on the weekend and he just jumps on it. Processors and underwriters are working on files in the middle of the night. It’s been a true team effort to get through everything that this year has thrown at us.

To all our partners and all the borrowers who rely on Servion, please know that every loan officer, processor, underwriter, closer and everyone we have working with you and behind the scenes are dedicated to your success. Dan's 2020 experience is inspiring to all of us, and we hope it's just as inspiring to you. 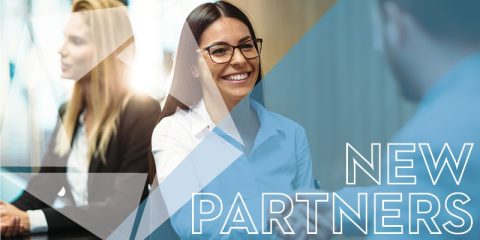